The Manchester by the Sea actor, who previously settled two sexual harassment lawsuits, won the Golden Globe for Best Actor in a Motion Picture Drama.

On Sunday, Casey Affleck won the Golden Globe for Best Actor in a Motion Picture in the drama category for his role in Manchester by the Sea. 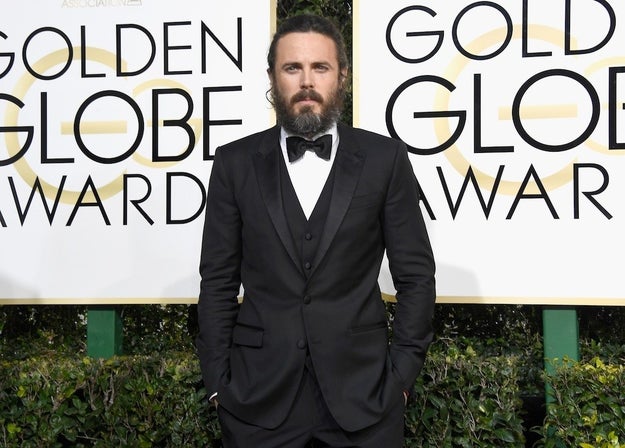 In the film, the actor plays a character named Lee Chandler who grieves a lot of loss and struggles through family tragedies. 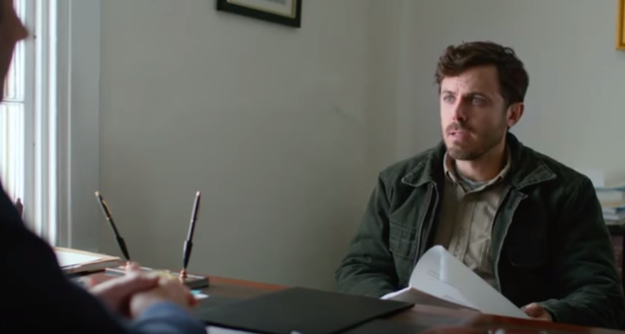 After Affleck’s win, some people took to Twitter, citing the sexual harassment allegations that were brought against the actor in 2010. 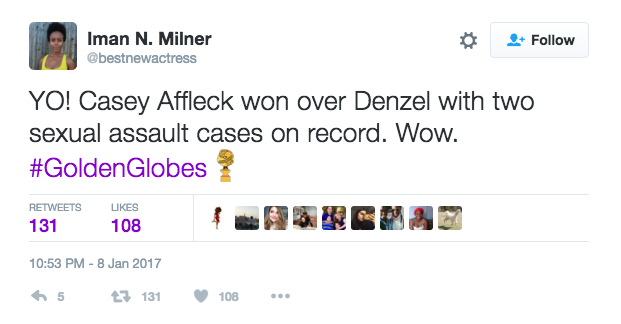 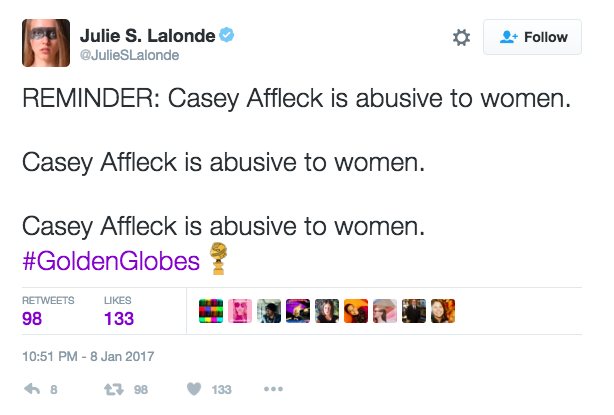